And now for something completely different.

Like I mentioned before, I’m a gear head, especially climbing and hiking gear. Before the world stopped I used to travel a lot for work and for pleasure, with the latter mostly focusing on climbing big peaks or hiking in some awesome places (like Iceland).

Last year I began to do it again. My aging technical footwear needed to be renewed, so I went for the same footwear that I had before, however I found that the alpine and hiking boots technology has come a long way, becoming lighter and warmer. So, I ditched my ten year old La Sportiva alpine boots, Asolo hiking boots, and La Sportiva approach shoes, and switched to the competition: Scarpa. Why? Better fit. My feet are getting wider with age and right now Scarpa fits me better.

I landed on a pair of Ribelle HD, Mescalito TRK GTX, and Mescalito approach. 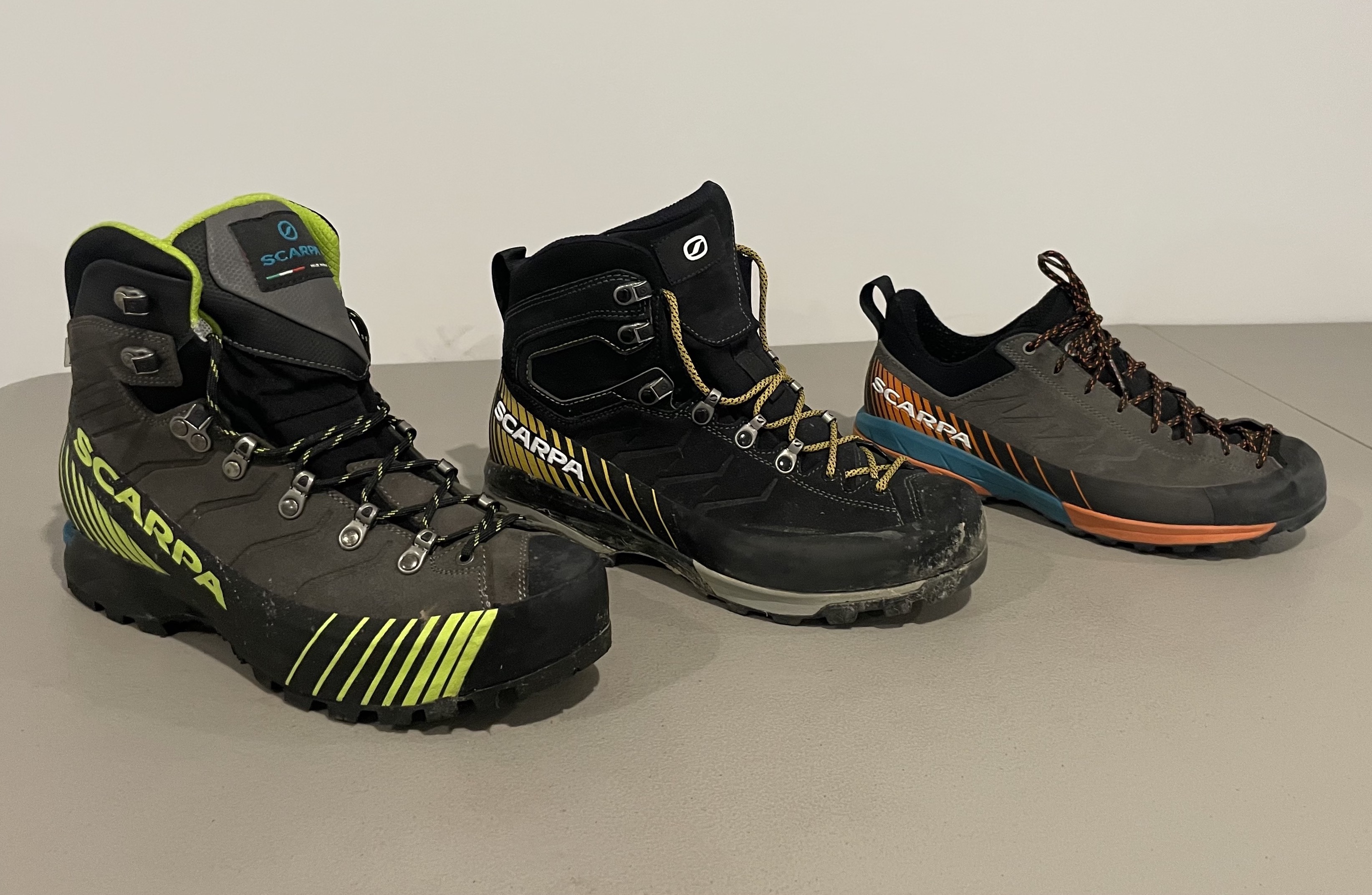 I bought the Ribelle HDs in 2021, but only last year I was able to try them on a few ice climbing routes, and moderate alpine climbs. The verdict is that you forget you are wearing shoes. They performed great on snow, mixed terrain, and some easy rock face climbing. Where were these boots ten years ago! 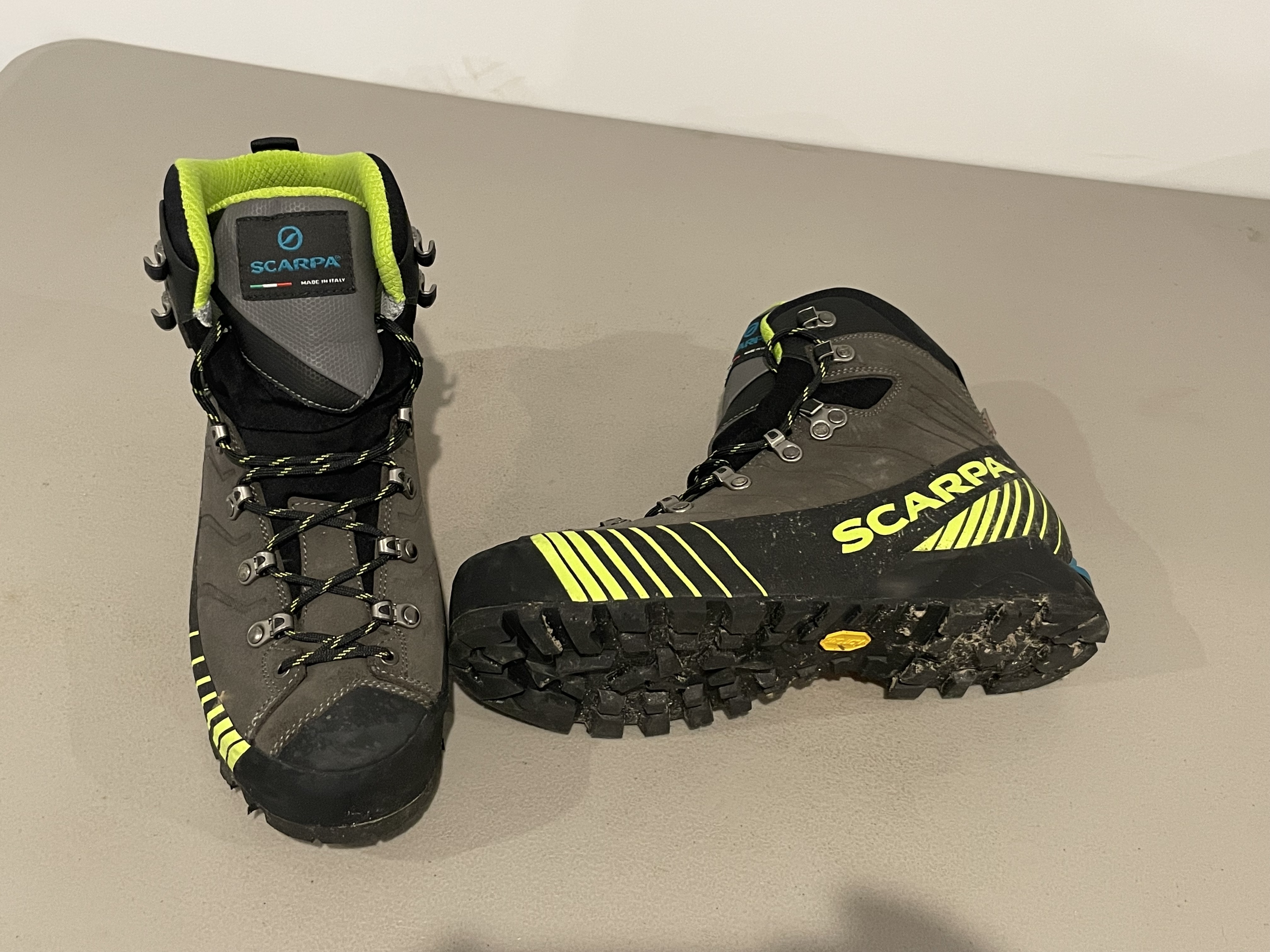 The Mescalito TRK is a recent addition (a little over a month old) but I have already taken them for snowshoeing and wet hikes across winter landscapes. They are comfortable and incredibly dry. I would need to test them in warmer conditions to see if they perform as well as the Asolos. 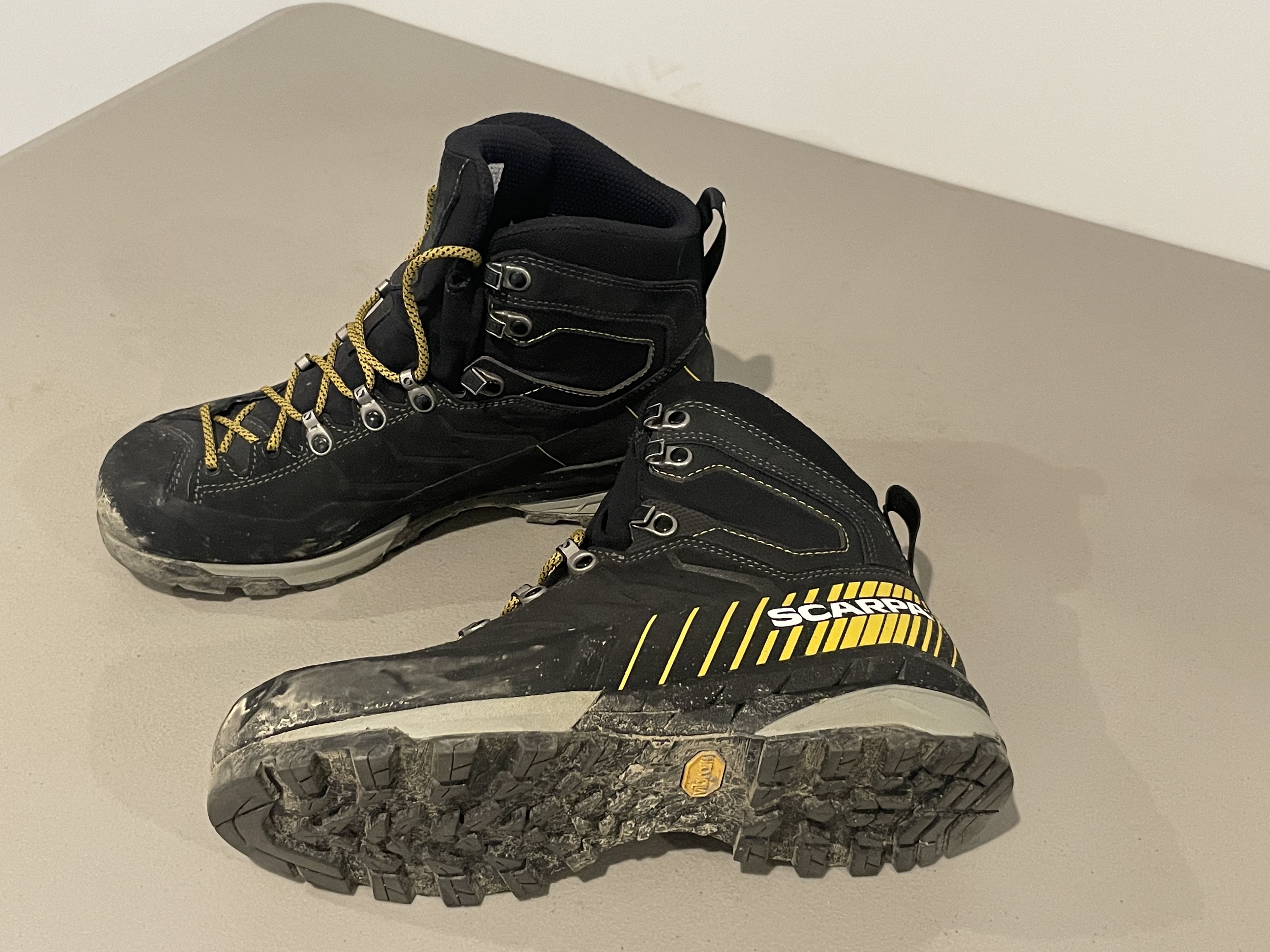 I opted for burlier approach shoes this time around because most of the approaches I do are more hikes than technical. I needed more stability and durability. The Mescalitos don’t edge well, but they are very comfortable with larger weights on your pack and long approaches. They do climb great on big boulders, even when wet, but if you were thinking about climbing a 5.8 in them, I don’t know about that... 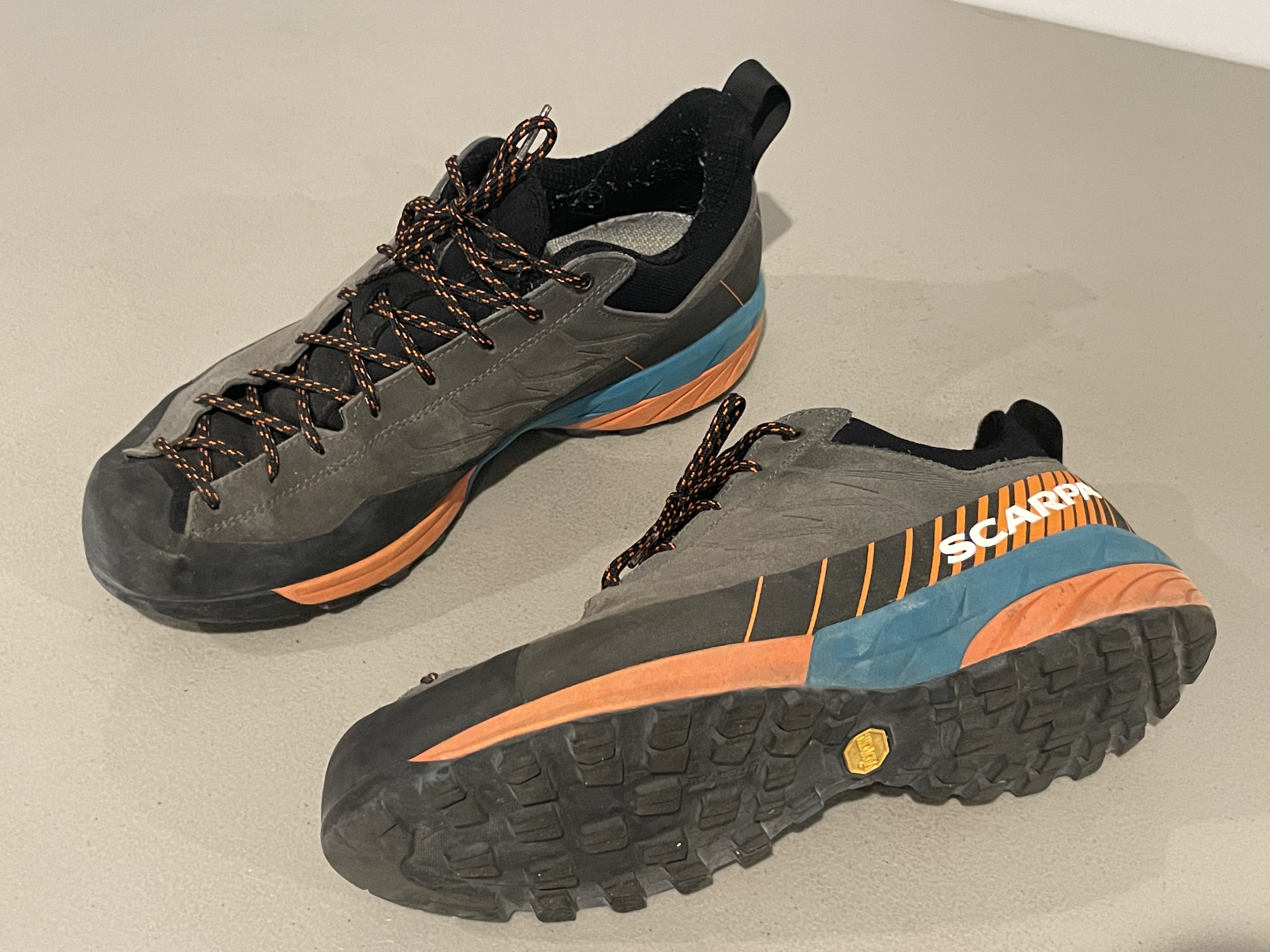 So far super happy. Winter is here so there’s a lot of good stuff coming up in the next few months!