Last year I wrote that one of the things I worked to minimize and simplify during the initial days of the pandemic was my setup. 2021 was a good learning experience and I remained very simple, using technology to enable me and not be captive by it.

I've rotated some original tools I had in my list, and added some others to the home setup. I listed all in the "uses" page, but I wanted to mention a few key things. 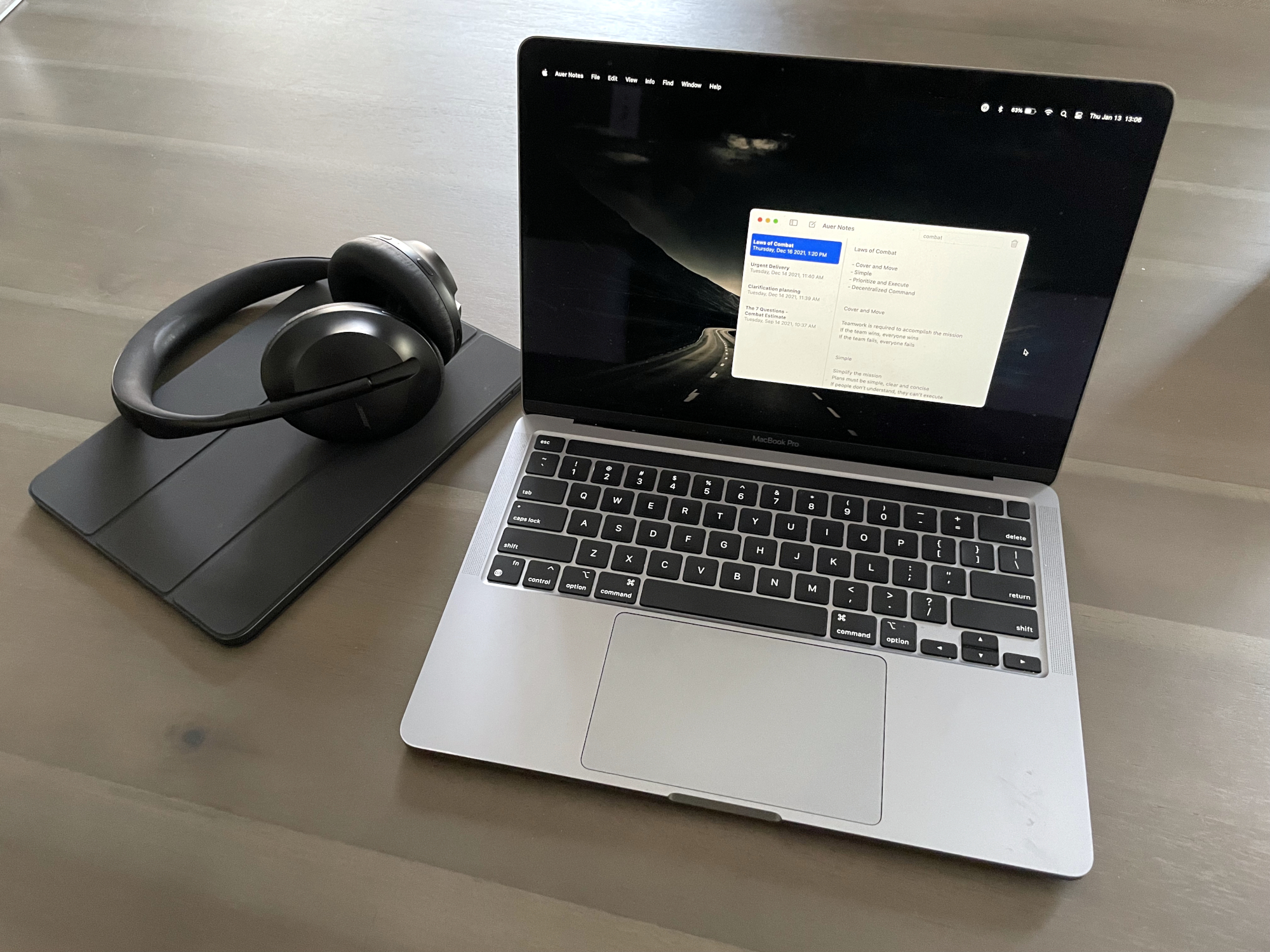 The Macbook 13” with the M1 chip is amazing. Fast, quiet and powerful. However since it's a bit heavier than I wanted it to be, I added to my setup an iPad Air with the A14 chip. This way when I need go places but I don't need all the power of the Macbook, I bring the iPad instead.

I also added a monitor, keyboard, and mouse for when I'm working from home. I chose:

It's a simple setup but works great. I am, though, looking for a better mouse.

On the phone side, I'm keeping the iPhone 12 for now. It's a crappy phone, but I'll wait until battery life on the smaller iPhones get better to change it.

Here I made some small changes.

I tend to use mostly stock Mac OS apps, however I've been helping a friend beta-test his two apps and I switched to them. I noted last year that I hold a good note-taking app and a task manager to be some of the most important apps I use, so when he asked me to test his minimalist versions of that, I jumped right in. I began first testing Auer Notes, a plain text, minimal, and private note taking app, and later Auer Tasks, an equality simple and private TODO manager. They are both very spartan in terms of features and user interface, but after getting used to that, I found them to be very refreshing. I tried to go back to the Apple Notes app, but it seemed too bloated.

The apps are almost ready, but you can download really good working alpha versions already. I've switched to use them full time. 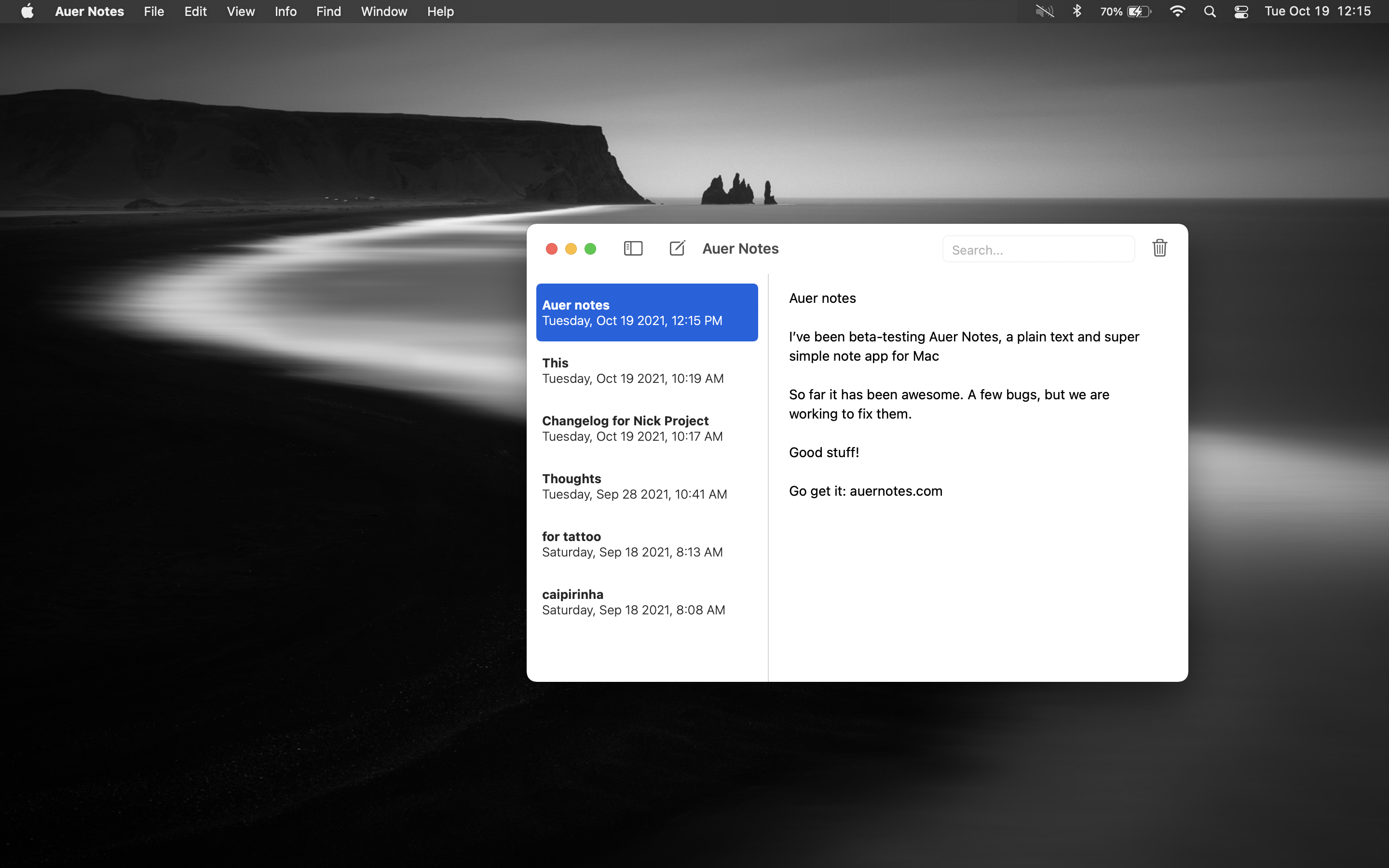 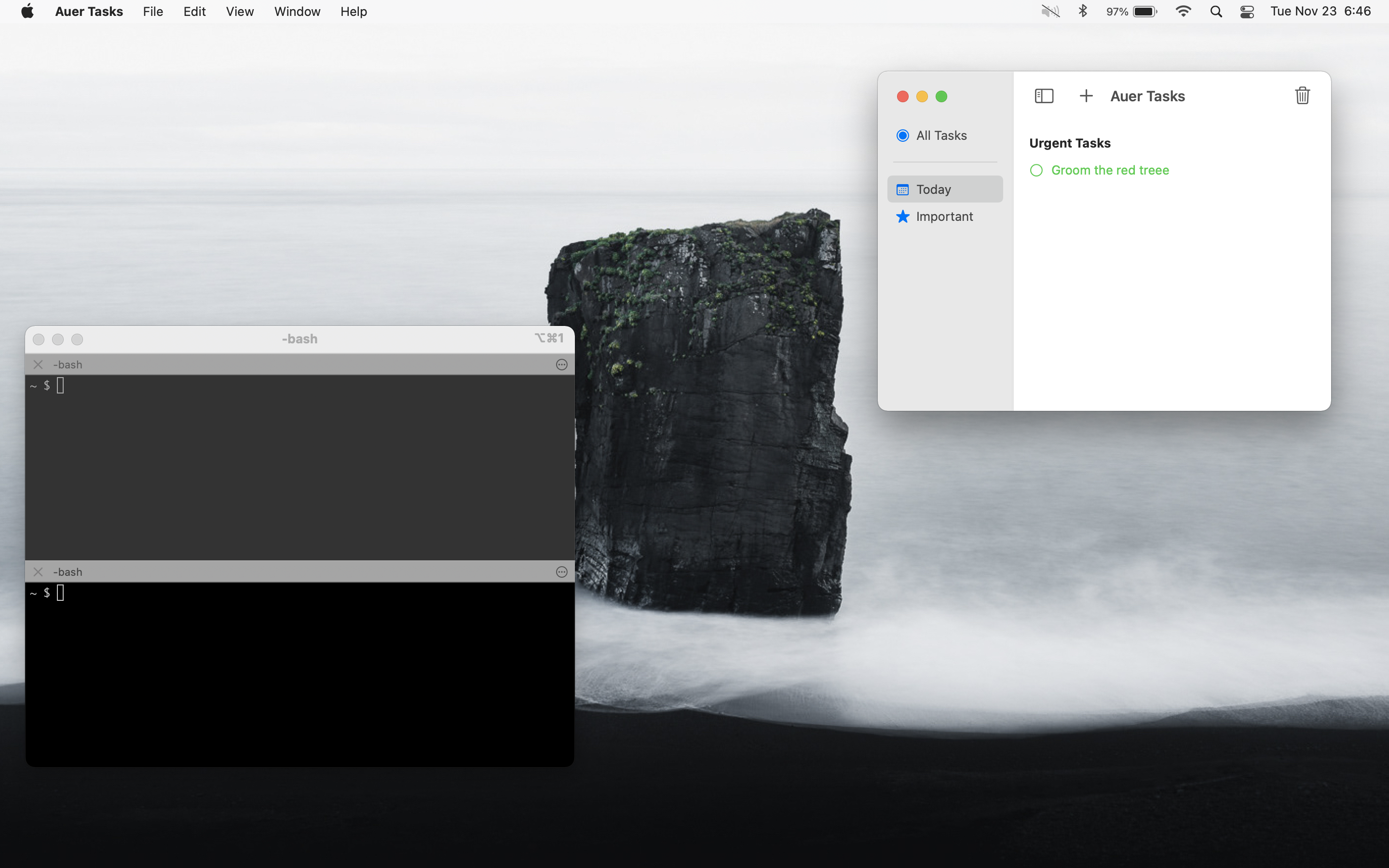 EDITED. The same person that wrote Auer Notes just released Auer Jot for iOS. I was also one of the beta testers, and well, it changed the way I create brain dumps. It is now a permanent app on my home screen.

The remaining of the software remains mostly the same.

So, again, simple tools, simple setup, and an uncluttered way of working.